Slovenia is a small country (a population of just over 2 million people) located on the Balkan Peninsula. Many people confuse it with Slovakia (former Czechoslovakia), because of the similarity of the names. But it’s not.
Slovenia is the cradle of different civilizations and many cultures. It would seem that such a small country, but what a variety: thermal springs, ski resorts, mountain valleys, rivers, pristine lakes, waterfalls and picturesque caves. It attracts tourists with unusual landscapes, unique and original culture, thermal springs, warm sea, historical sights and excellent gastronomy. Due to the proximity of the Alps and numerous thermal springs, it is considered the main European resort. It is bordered by the Adriatic sea, Austria, Croatia, Italy and Hungary. It is part of the European Union and has a currency of Euro.

Slovenia joined the European Union not long ago. Prices in the country are pleased with democracy. The cost of accommodation per night in the capital hotel ranges from 60 to 100 euros. Dinner in the restaurant will cost you 30 euros for two, the average check in the cafe — about 10 euros. Two euros and a Cup of coffee, good wine — eight euros per bottle, ice cream — within one Euro. Travel by public transport (city bus) will cost one and a half euros. Excursion trip to the sea will cost 80 euros, lake bled — 50 euros. Prices for rental housing are not so low — up to 500 euros for a two-bedroom apartment in the center, a little lower — on the outskirts.

Not always the first impression of the country is correct. Slovenia, too, at first glance may seem godforsaken village, not promising any surprises. But this is only at first, subjective view. Then it turns out that the country itself is quite nice, fantastically cozy place on earth, where many flowers, great restaurants, nice people.
Here is a fantastic level of service, which can not be compared not only the countries of the former socialist camp — Poland, Hungary, Czech Republic, but also which is quite competitive with the prosperous Norway. Slovenia — a kind of refined Italy, which took from her the best (the beauty and spirit of the era) and rejected the worst: disorganization, snobbery and street dirt.
The beauty of Slovenia – even in its size. An hour’s drive to the South of the capital is a seaside resort, at the same distance in the North — lakes and mountains. Half an hour’s drive to the East are the stalactite caves, medieval castles.
In Slovenia a lot of unusual pieces: mlekomat (vending machines that sell milk), enchanting characters, which you will not find in other countries, the tradition of Parking cars. And people who are specially trained to collect street garbage with the help of cunning devices, you will not find anywhere else except Slovenia.
Not to visit Maribor while in Slovenia is simply unforgivable. Here is the oldest vine, the pride of the country, registered in the Guinness book of records, its age — more than four centuries. Still bearing fruit, by the way. Slovenes believe that the best way to spend time in Maribor is to taste wine (who would doubt it?). The vine grows on the house, which is also a tourist center. Here you can not only try a variety of local wines, but also buy Souvenirs. 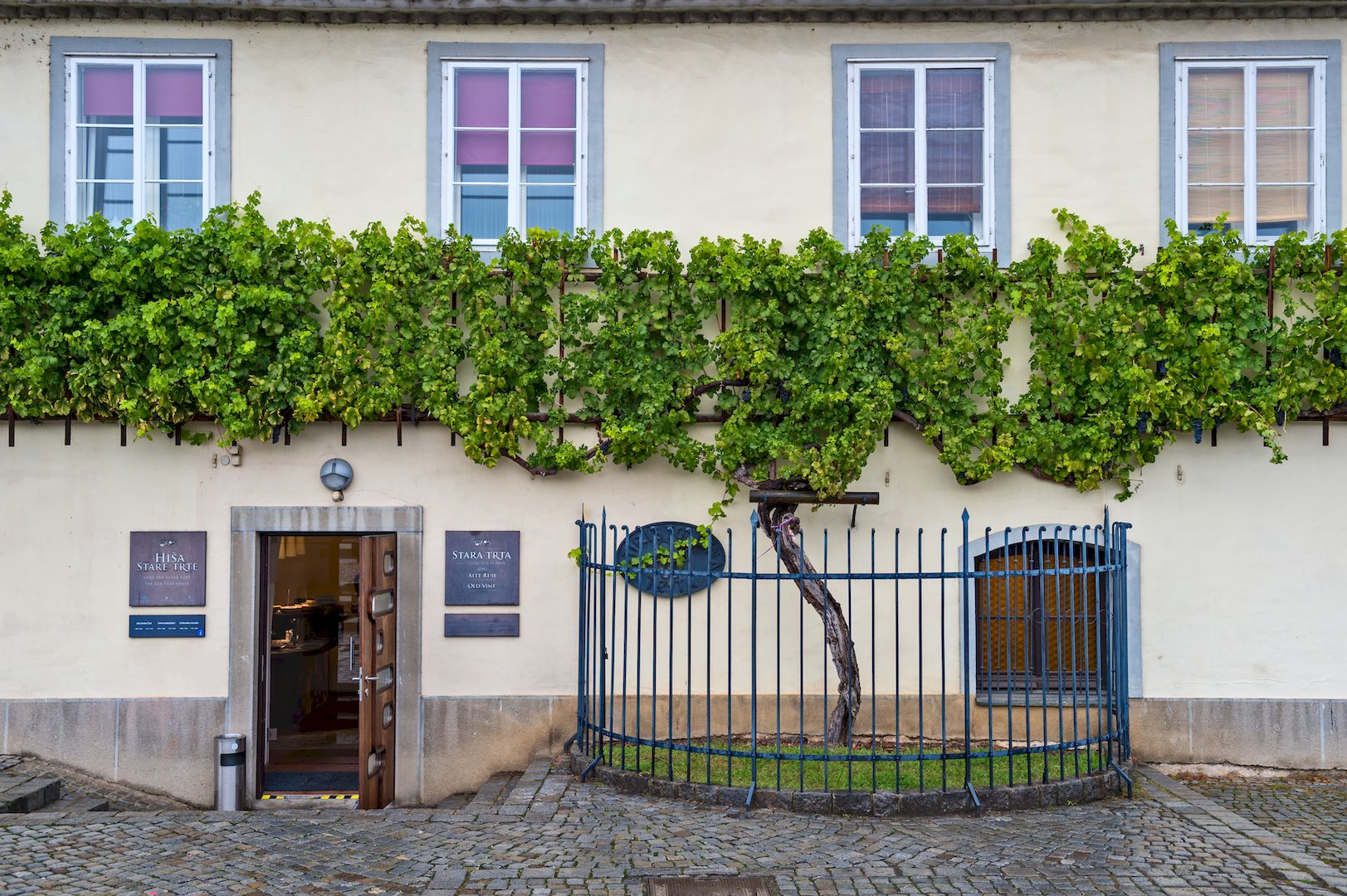 In the small town of Lipica, known all over the world for its stables, you can spend time pleasantly and usefully. It offers tourists: Golf course, tennis courts, karst caves, excursions to the stables, as well as a visit to the Museum of horse-drawn carriages. In addition, there are restaurants, casinos and other places for a pleasant stay.
Nature in Slovenia is amazing! It can be said that the country of waterfalls – there are more than 250. Boca waterfall is the highest (106 meters) and full-flowing. You can stay overnight in the same hotel near the waterfall (prices for accommodation are quite reasonable) and watch it from the terrace. 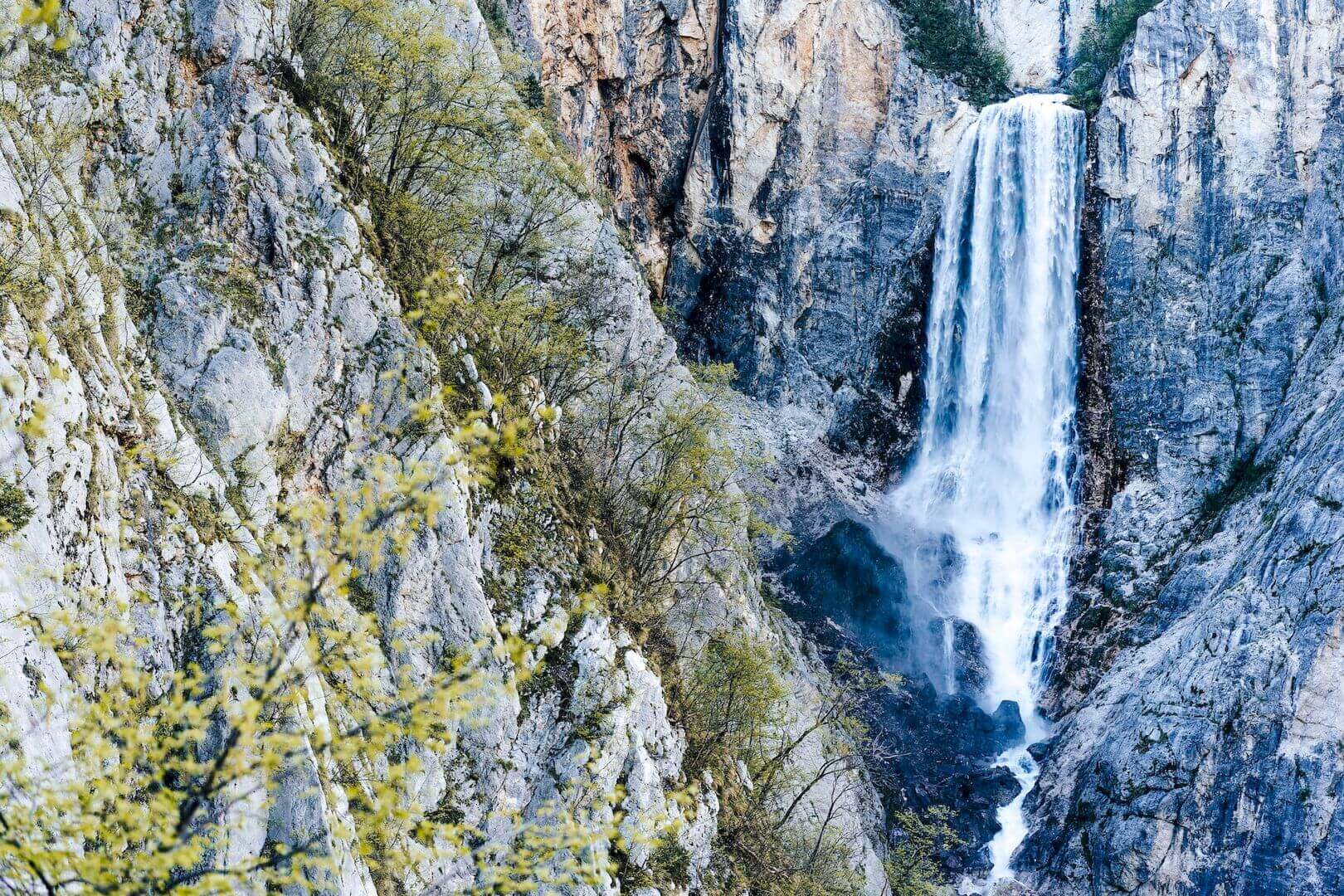 In the North-West of Slovenia, near the Italian and Austrian border is lake bled. In the middle of it there is a small island where the Mariinsky Church is located. The “bell of wishes” is its decoration. According to legend, those who hit the bell, be sure to fulfill their dreams. The island can be reached by a fence (the so-called traditional wooden boat). The cost of the service is 12 euros.
If you find yourself in Slovenia in September, do not miss the opportunity to visit the festival in Ljubljana (do not be surprised!) fried potatoes. More than 15,000 tourists from all over the world come here every year to take part in this event. Guests are happy to taste different varieties of onions and potatoes, fried in oil.
Venice in miniature — the so-called Slovenes coastal town of Piran near the Croatian border. Two cultures intersect here: Slovenian and Italian languages have absolutely equal rights in the city. Narrow, ancient streets, medieval buildings, architectural masterpieces of the Gothic era. The color of the middle ages reigns here to this day. 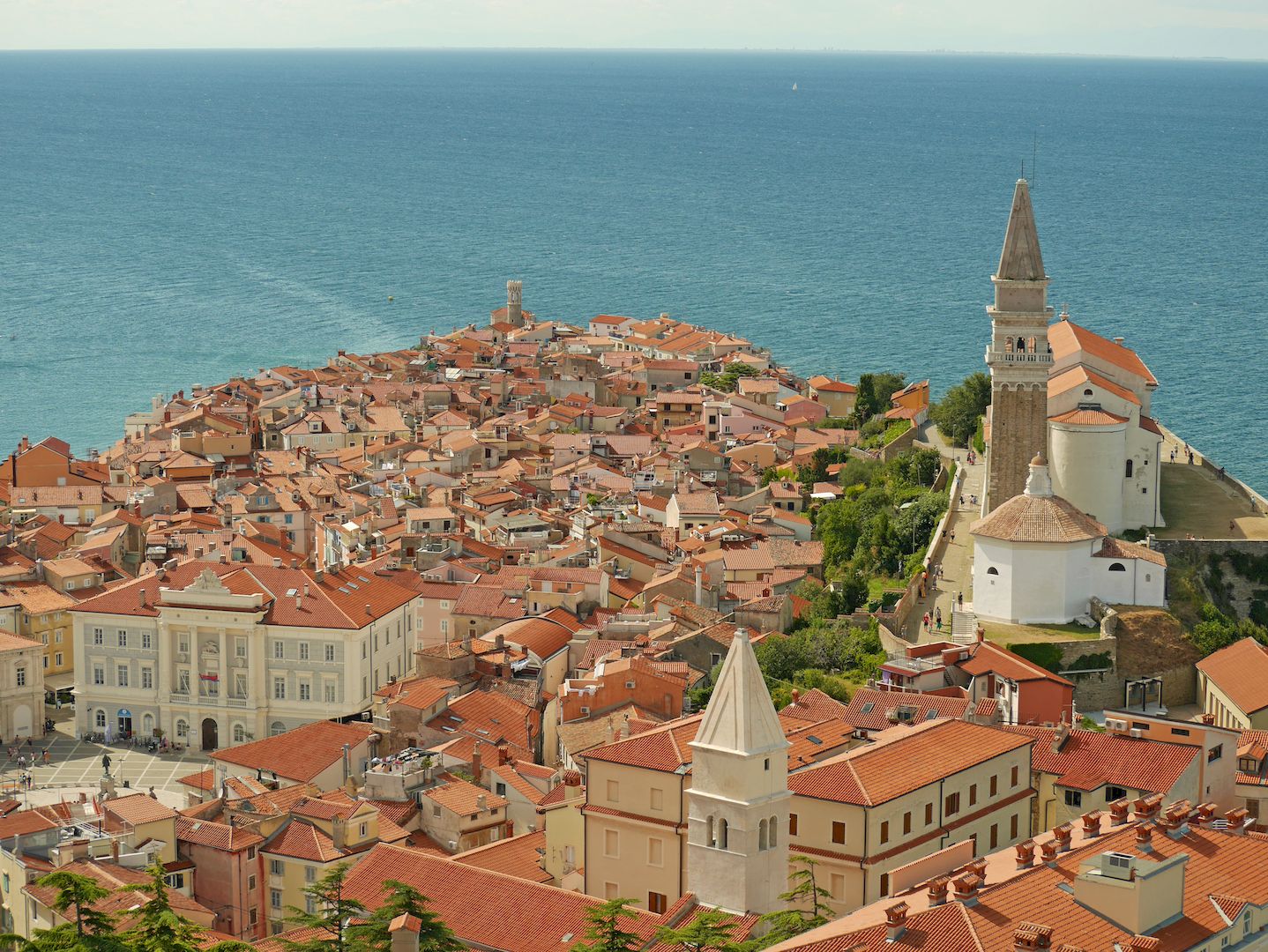 It is impossible to ignore the famous Piran fish restaurants — the best on the coast, without exaggeration. The most famous are: Tri Vdovi, Pavel and Pavel 2. Not very expensive, and very tasty.
The town is quite deep, transparent and clean sea. There is also a sea port, where you can easily go on a trip to Venice. Local travel agencies sell day tours there. It’s only four hours and you’re in Venice.
According to the British magazine Helloy, the city of Piran is one of the best places in the Mediterranean to visit in the summer. 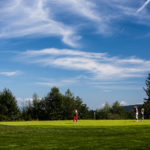 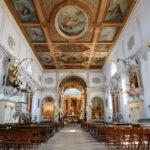 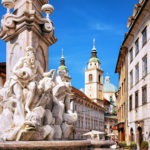